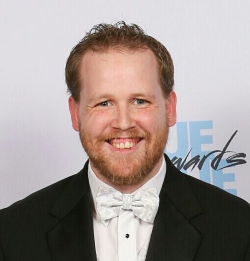 Justin is a 36 year old software engineer currently residing in Orem, UT. He has always had a knack for computers and often tinkers with them to figure out how they work. Justin has known since he started using his first computer that he wanted to become a developer. During high school, he took some basic programming classes and learned everything he could. By the second year, he had surpassed the current instructor in programming knowledge and started researching online and in books to learn more.

Justin got his first Jr. software development job shortly after high school. He worked very hard to learn and get the domain knowledge necessary to take over the DoD project. After about a year, he became the only developer on the project as well as the only state side developer for the company and remained that way for the rest of his employment there. Justin has always been a full stack developer and has both been on and in charge of multiple teams. He currently is a Sr. software engineer at Domo.

Outside of development, Justin enjoys spending time with his family, PC gaming, and target shooting with both a bow and guns. He enjoys building his personal gaming computer component by component and reading up on the latest and greatest in both hardware and the languages he works in. He has many side projects that he is currently working on, a few of which are in an active production environment.